Hi - I have an 18,000 gal pool built in the 1960's. It originally had a cast iron pump but was replaced with a Hayward RS750 3/4 Hp motor and a Hayward DE3600 filter. The 8 ft drain goes up to the single skimmer and then to the inlet of the pump. The input line is 1 1/2 in. copper that rises about 16 in. with a run of about 10 ft from the skimmer. Output from the pump is 1 1/2 in. pvc to the filter and out of the filter, then connects to 1 1/4 in. copper for a foot, then goes thru the heater that is 1 in. dia. line. The heater hasn't been used in decades. The outlet of the heater connects back to 1 1/4 in. copper line that returns to the pool with a run of 15 to 20 ft. Southern California Edison offers free pump upgrades to more efficient variable speed pumps, but they said that the return lines were too small and the pump would shut down. The pump motor was leaking and the bearings growling. I tried to replace the motor with a CT 1072, but nobody will sell one to California, so I decided to purchase a Hayward ¾ hp Super Pump W3SP2605X7. I installed the new pump and filled the strainer housing with water and turned on the pump. It did not want to prime. Shut it down after a couple of minutes and filled with water again, same thing. Filled again. Finally primed. Every time I open the basket, it has trouble priming. I assumed that this pump would have about the same output as the old PS750, both ¾ hp, but different SF. The output of the new Super Pump appears to be much lower and the pressure in the filter is much lower, maybe 10 psi lower. It doesn’t vacuum as well or backwash as well. My next step was to get a new larger filter. My question is did I get the wrong pump? Should I have gotten the 1hp pump. If that’s the case, it would be less efficient then what I had, that California didn’t like, and why won’t this pump prime easily? Is there a better pump/filter combination for my pool with small lines? Am I stuck with an anemic pump? I’m unemployed and trying to save money.

This is the older setup without the new pump, but same configuration. 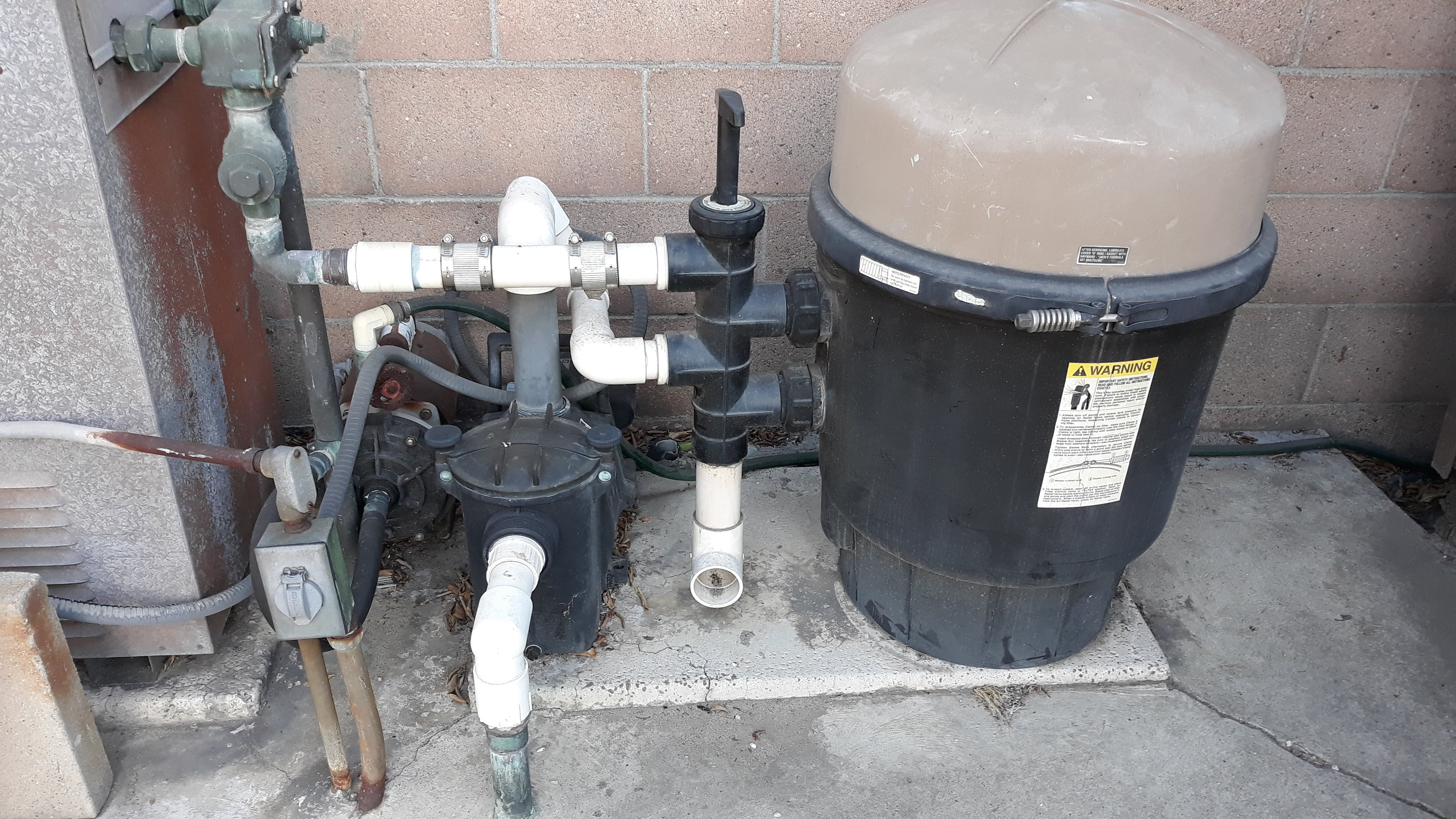 Help would be appreciated

From looking at your photos I think one of the problems is all of the elbows on the discharge side of the pump those will really kill your flow. If you could re-plumb so to get rid of those and straight over to the filter, then that should help a lot. We put together this Video on How 90's impact the Flow of a Pool Pump which you may find helpful.

Hi Could you please post a few photos of your pool equipment and plumbing?

This is all the equipment and plumbing. As you can see in the first post, the old Hayward RS750 3/4 Hp pump had the same number of 90's as the new Hayward ¾ hp Super Pump W3SP2605X7, but the new pump has lower pressure and flow. There are no other valves or external plumbing. One in and one out in a small space. 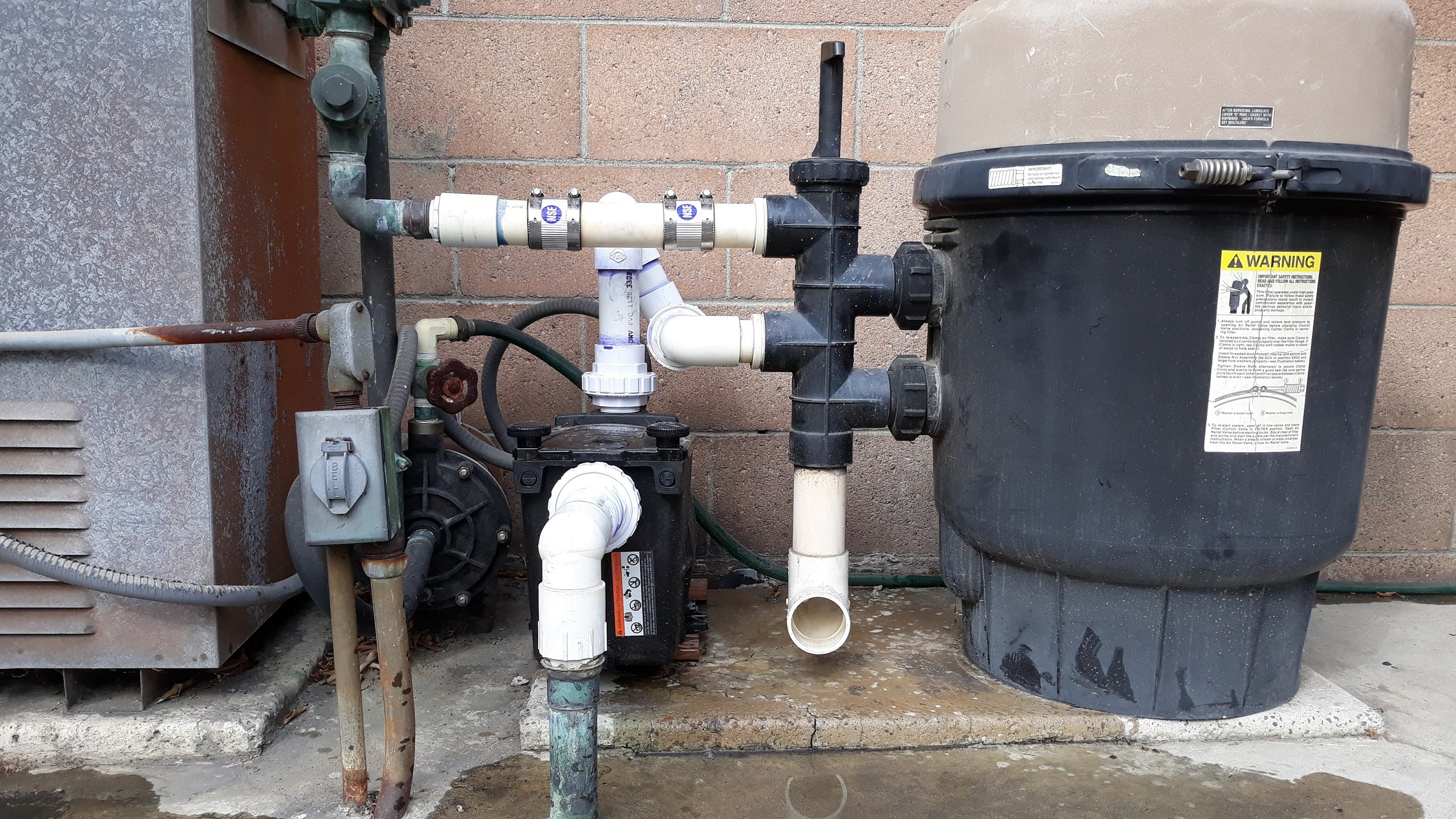 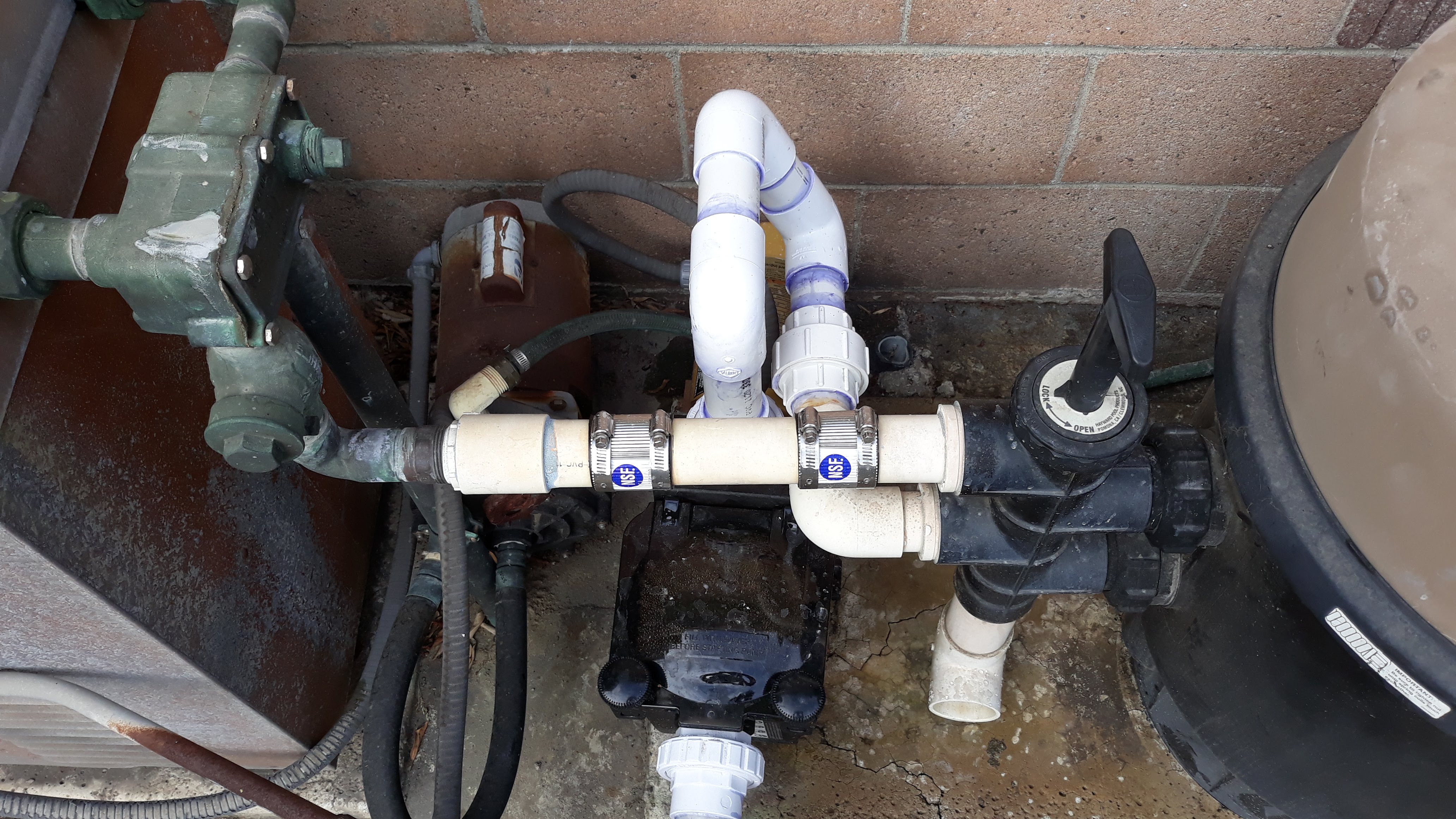 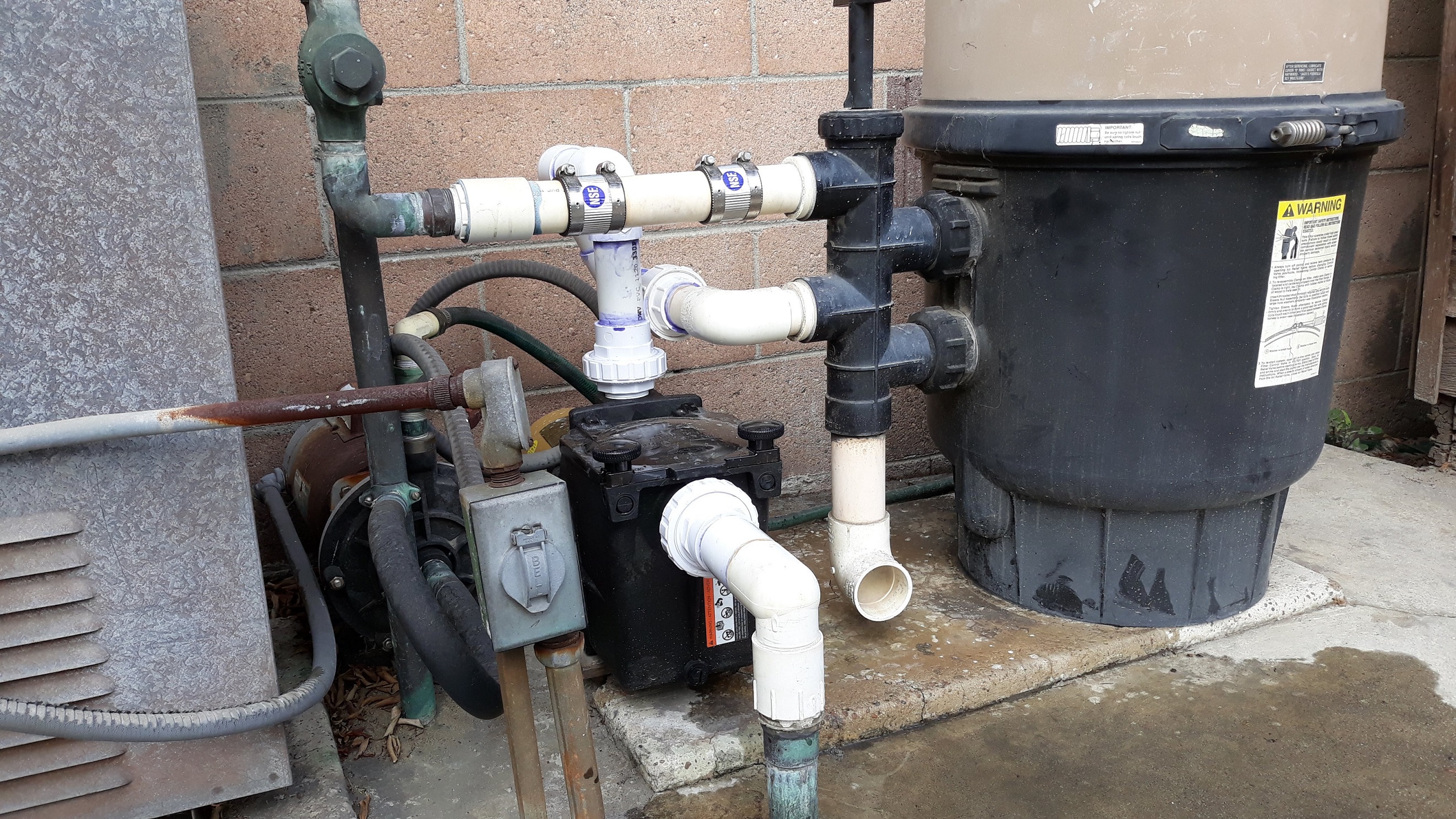 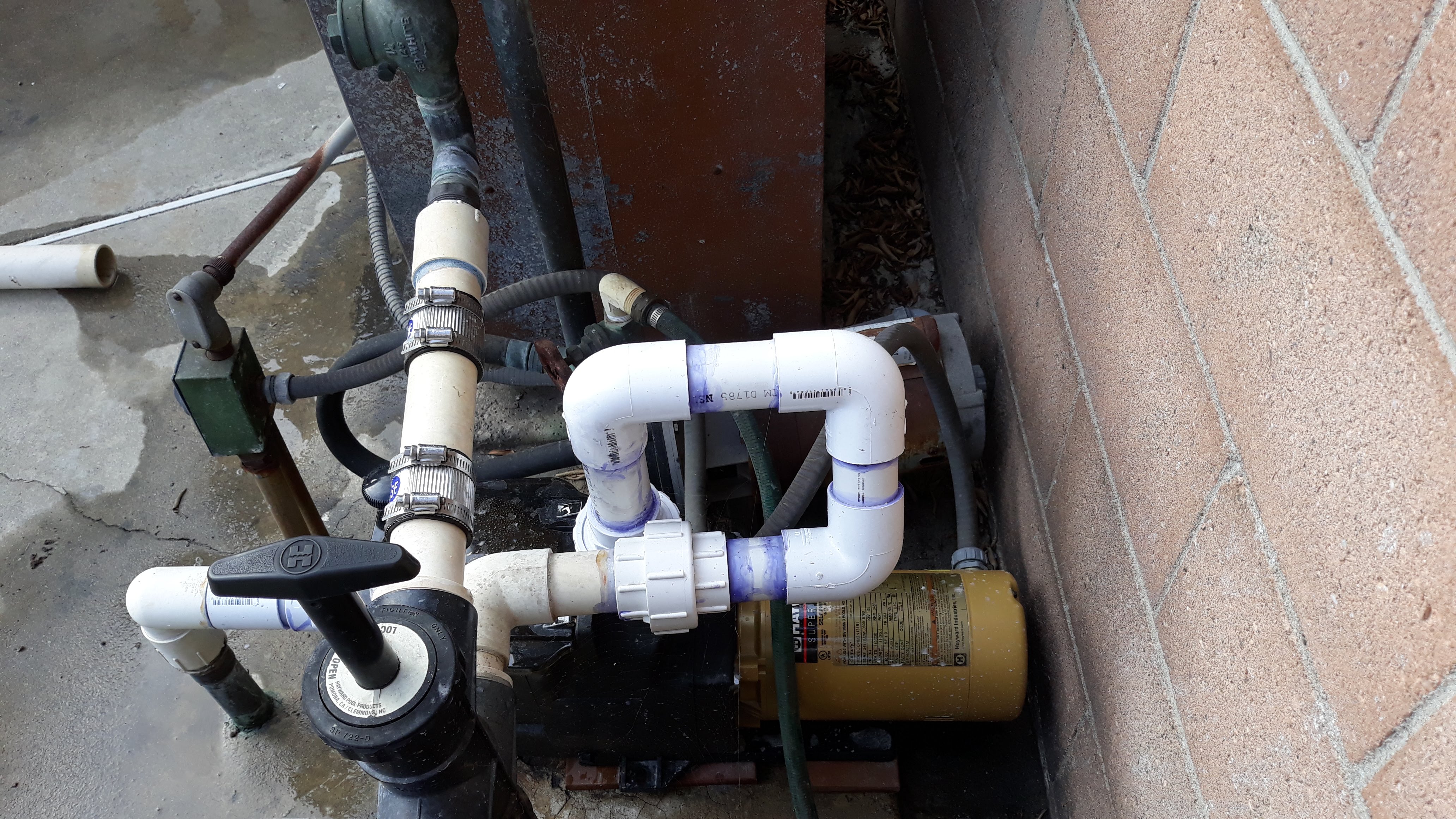 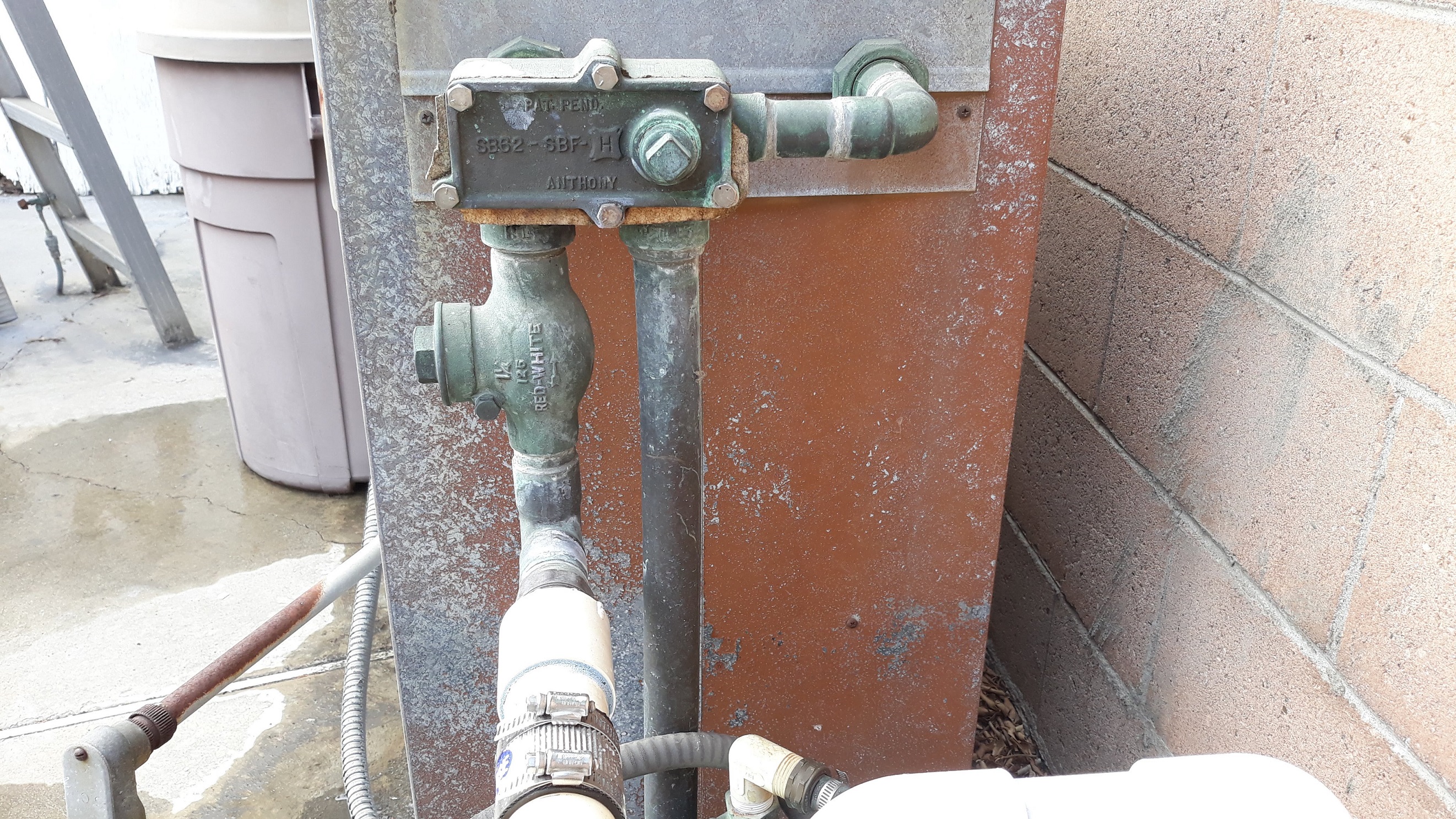 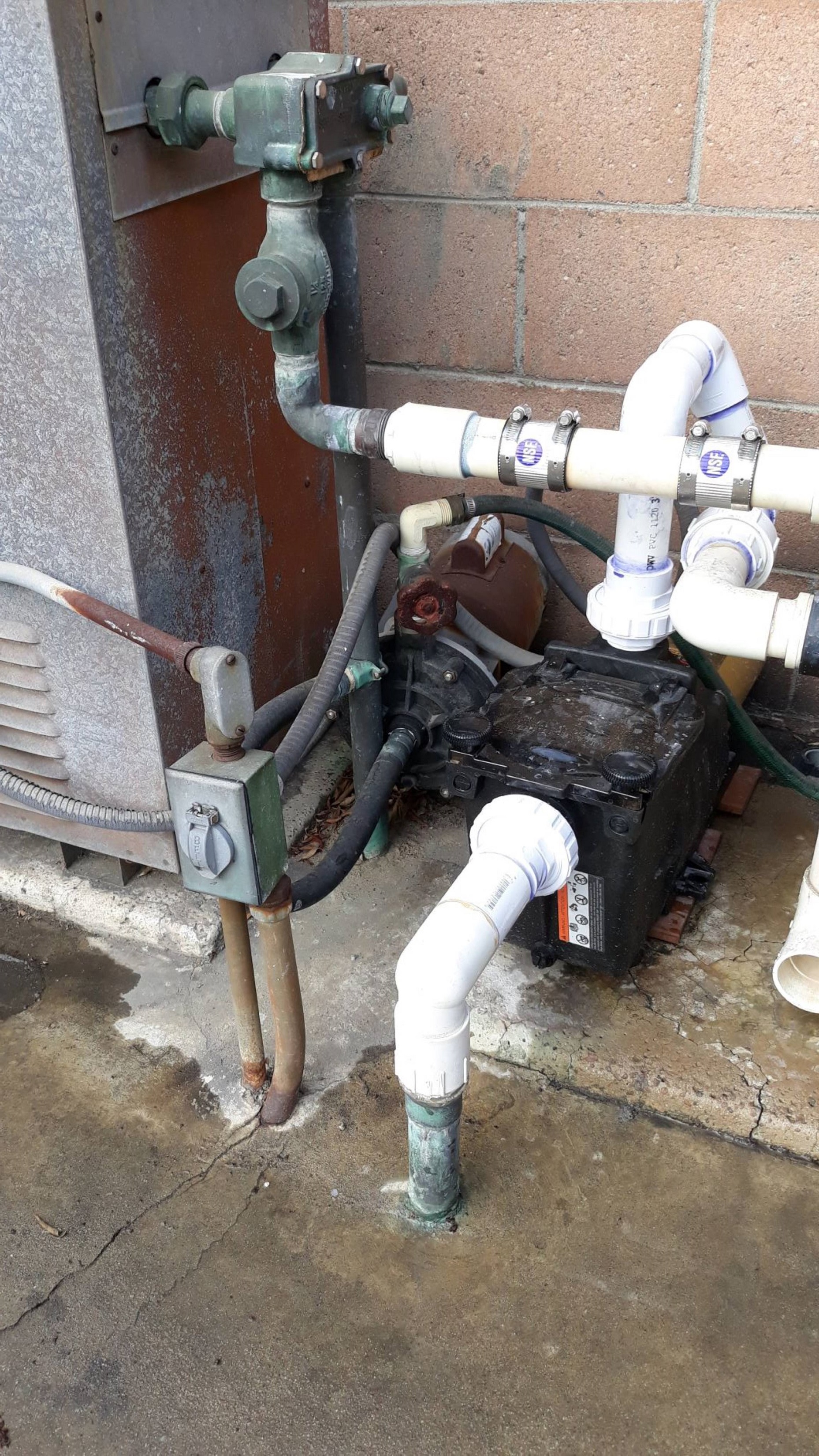 So you have gone from a 1.13 True HP pump down to a .75 True HP pump, so this is probably why you have seen the difference. Unfortunately California does not allow for single speed replacement motors over .75 True HP. So your options would be to try and remove those 90's and hope that works with the .75 True HP Motor. Or replace the motor with a 1.65 HP Variable Speed Motor and this 1.5 HP Super Pump Impeller I hope this helps.

I'm going to put in new grids in the filter and see how it goes. I don't know why Edison said that they couldn't put in a variable speed pump. That would have been a free upgrade. California has made upkeeping old pools impossible.

Thanks, Jeff, keep us updated on how the new DE Grids work that might help! I believe a few years back Edison was offering big rebates on the VSP pumps to incentivize people to switch to VSP but once it become law in California they stopped the rebates.

Edison"s contractor came out to my house late last year for their free VSP pump replacement including installation, but said that because my return line is 1 1/4" and 1" thru the heater, that a VSP pump wouldn't work and he walked away.