After owning our home for several years I finally decided to fix the pool light that was never working.  I was planning on replacing the old incandscent light with an LED fixture.  The old fixture had a small amount of water in it but I was not worried about that becuase I knew the whole thing would be replaced with the new LED fixture.

When I took the old fixture out I was supprised when I saw the entire niche appears to be made of concrete and the light cord is concreted into the pool side.  The only metal I see is a thin rim around the niche.  I thought that possibly the pool was resurfaced and there became a thin layer of concrete inside the niche.  This is still a possibility however, I chipped at the concrete near the cord and could not find any evidence of a conduit.  I also pulled fairly hard on the cord and couldn't get it to budge.

I would just keep the cord and replace the old fixture with a new incandescent fixture however there is strong evedence that the wires have shorted out and overheated.  There is only around one foot of cord that appears to be undamaged.

I also find it strange that I can't find a junction box.  As far as I can tell the cord goes directly from the fixture to the light switch.

Any help would be apprecieated. 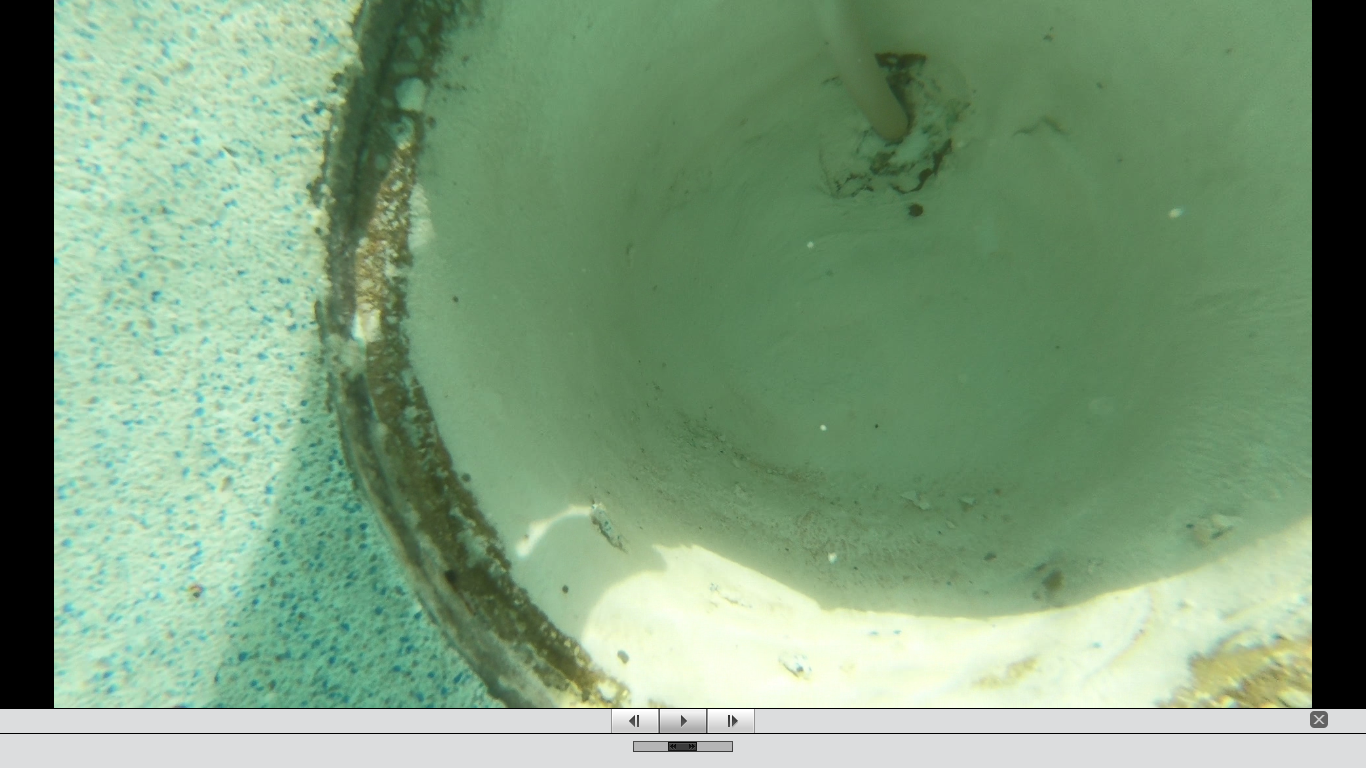 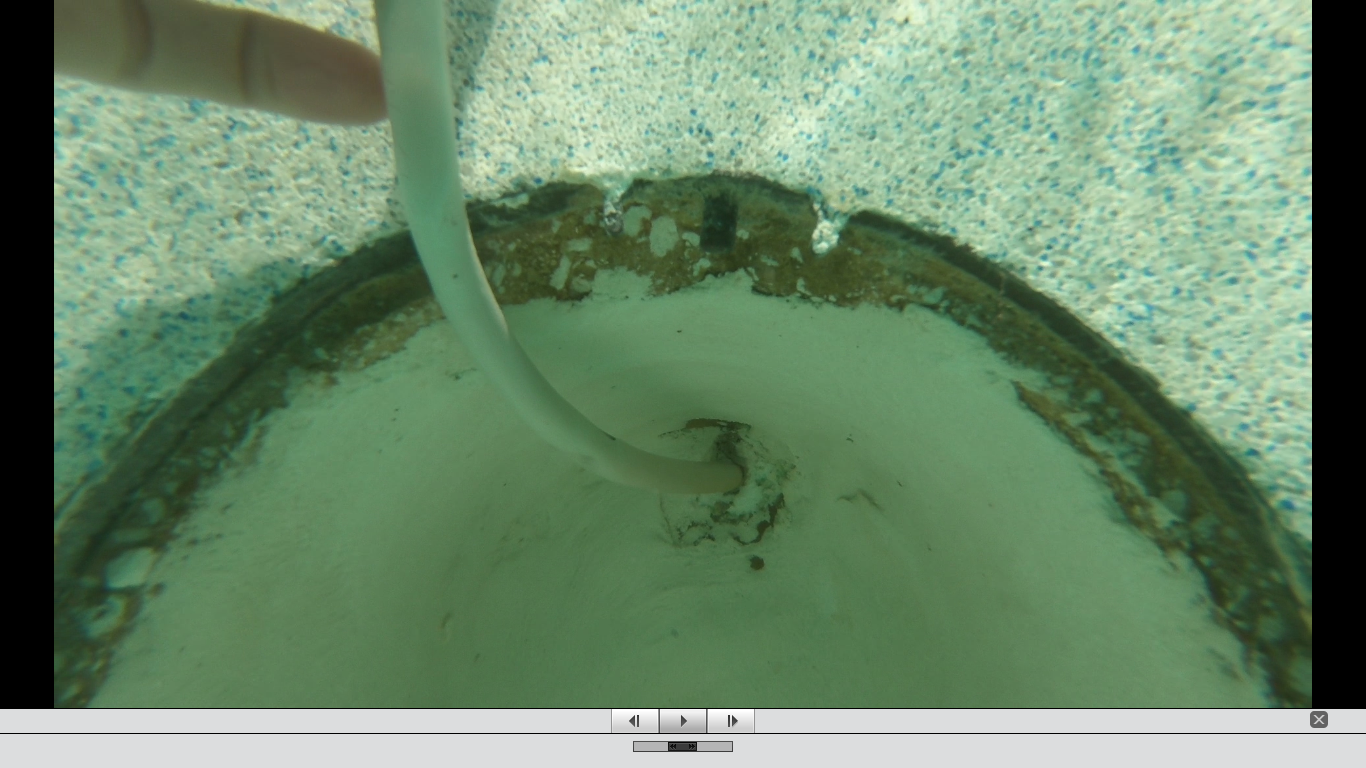 I spoke to a pool repair guy who said what I already fidured.  This is an old 120v system that isn’t as rare as I thought, since I couldn’t find any information about it.  He also said that his company doesn’t do work on these and that it might be hard to find someone who does.  I thought that this might be a huge job that would involve breaking out the old niche and replacing it with a pvc or metal one and then re concreting and resurfacing the area but he had an even better idea.

just drilling through the back of the existing niche and shoving some 3/4 inch pvc conduit through the hole.  Then it could be run to a proper junction box and transformer to bring it to code.